by RmOlano
09-09-09
Honorificabilitudinitatibus -"the state of being able to achieve honours." 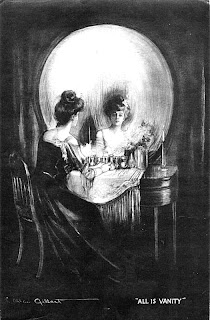 In an organization that espouses a notion of equality among members in particular and humanity in general, it is worth mentioning of the widespread use of Masonic titles and its apparent acceptance. The titles come abound such as religious sounding designation--- Most Worshipful, Right Worshipful to self-styled label as Past Assistant Grand Secretary. On a personal level, there are the alphanumerical amalgamation after a name e.g. “32,”“33,” “PDDGM,” “Founding Mmbr,” etc., which sometimes attended by letters before ones name such as “SK,” “VW,” “WB,” and other similar symbology. The long list of letters before and after names sometimes compete with equally long list of Masonic affiliations which at times takes half the page of correspondence. While this practice is a personal choice therefore, could not be characterized as “right” or “wrong,” this writer sometimes wonder where is the real message. Is it in the body of the letter or imbedded somewhere between the alphabets and numbers accompanying the name? There a little doubt as to the object of the effort is to identify oneself to the audience thereby establishing credibility. Although someone can offer divergent rationale, an introduction to an audience is an accepted and civilized etiquette. In the same token, the manner by which one conducts his introduction also establish the rule on how the player intend to play or expected to be treated. When someone is placing heavy emphasis on the importance on titles and decorations thru symbols, this seemingly inconspicuous act could be interpreted as an alligorical attempt to illustrate ones transition from rough ashalar to a polished marble. The perceived state of smoothnes might be indicative of ones apparent understanding of arrival within the arena of Masonic honorificabilitudinitatibus where the number of degrees completed or offices held were deduced as the validation of fruitfull Masonic journey.

The Fraternity is not immune to this concept. Organized entities such as military, religious or even academia carry out this human pleasure world wide. Like any culture, there are rules when, where, and how honorifics are to be practice. From military’s colorful ribbons to announce achievements to feminine laces decorating black robes of Supreme Court female justices, symbols are unspoken message of one-way communication. In armed services, ranks symbolized by uniform collar, shoulder or sleeve badges denotes hierarchy and corresponding demand to adherence with the protocol of military tradition. A salute is given to the rank and not necessarily to the person wearing the insignia. There are times when salute is given when not in uniform, this is because of the respect owed to the individual. In military, true respect is earned by trust and not by dressing up with metallic devises. In the absence of uniform, most civilian entities utilize titles instead. In United States, a judge of court of the law is introduce as “The Honorable John Doe” while the judge will simply introduce himself as “I am John Doe, judge of XX Court” not as “I am Honorable John Doe.” The same rule applies to our Fraternity, someone would introduce a past master as “Worshipful Brother John Doe” who would sign his name as “John Doe, PM” not as “WB John Doe, PM.” Masonic titles such as “Sir Knight John Doe” is a title to be used within the confines of Knights Templar Commandery when in session. Outside the asylum the “Sir Knight” title has the same effect as using “32 Degree” within a Blue Lodge--- it doesn’t carry measurable connotation. There are honorary titles conferred by Universities to invidual such as Doctor in Education, Philosophy, etc. Generally, only those who received the degree in traditional manner are entitled to use the title “Doctor” however, there are segment of receipents that believed otherwise.

Honorifics are words or terms of respect used when referring a person. Its is given and awarded during the moment as recognition to deserving personage. A manifestation of respect, it is earned and at a times very challenging to own in perpetuity. Those who truly recognize the lessons of the Craft will receive the words with humility and with the same passion of wearing a plain lampskin apron rather than the model bedecked with fancy handwork. Indeed, astute student of the Craft understand that vanity loom to its conclusion when his “weary feet shall come to the end of its toilsome journey.”

While reading the latest article of Brother Rudy Olano Masonic Titles – An Observation found in his website Least Letters, Figures or Characters, I was reminded of GM Boy Aniag’s GLP Edicts namely EDICT No. 241 (PROPER WEARING OF APRONS, COLLARS AND JEWELS) and EDICT No. 242 (PROHIBITING THE ADDRESS OF MASONIC OFFICERS BY THEIR TITLES IN PUBLIC OCCASIONS AND PLACES). Both GLP Edicts were not approved during the last ANCOM due to objections raised by those who desired to keep the titles forever despite having been a “past” for several years now.

I can see and feel the wisdom of GM Aniag when he issued these Edicts…..HUMILITY and EQUALITY. Just like which has been posted for years in the main entrance of the GLP which reads “HE WHO ENTERS THIS TEMPLE WILL LEAVE BEHIND HIM ALL HIS WORLDLY POSSESSIONS, TITLES AND STATUS; AND FOR LABORING ON THE LEVEL, HE WILL BE RECOGNIZED AND HENCEFORTH BE DULY INTRODUCED, A PLAIN BROTHER TO ALL, AND FOR ALL SEASONS”.

It is about time that we rethink, internalize and put into practice the true meaning of HUMILITY, BROTHERLY LOVE, RELIEF, TRUTH, EQUALITY, LIBERTY and FRATERNITY which are our continuing commitment to our fraternity and to all mankind.

Together brethren we can do this and make the difference.

Please feel free to repost and send this message to the brethren withersoever dispersed.

May the GAOTU continue to guide and bless all Masons and their families.

With my warmest fraternal embrace.