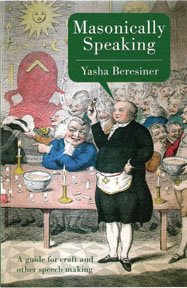 From the tone of the Brother’s response regarding admission to a Lodge, it seems the credence is that depending on jurisdiction, a visiting Brother can demand his entry to a Lodge he is not a member after presenting credentials and passing examination. I believe in agreeing to disagree hence, I disagree and would leave it at that. And if I may also be allowed to use the legal term, Nolo contendere --- so be it, that is his opinion.

Before the creation of this great Nation, the Fraternity created a document which is known as Anderson’s Constitutions of 1723 - a legal document that becomes a model of the U.S. Constitution. Even this forum has rules thus, discussion of “legality” is within the “realm” of dialogue. As each jurisdiction is sovereign, each can declare black color as blue or yellow as orange. Same applies to the one-day class or one-year class, decision was made, voted upon, end of discussion, that is the nature of being sovereign, that is a fact and within Grand Lodge's rights. It is given, that some will object while the general membership agreed to pass decisions. If someone strongly opposed and cannot stomach the issue, no need to debate about spilled milk, just leave and find a place where one can be happy and content. No one is being forced to stay. It would be for the good/harmony of the Order and well-being of the dissenters to “encourage the practice Freemasonry and pass on opinion” to some place else where the same thinking is welcome and shared with. Otherwise, be part of the solution and help educate those who need and/or asking for help with implied superior Masonic knowledge.

Being a member of this forum (Free-Masons) for sometime now, and participated in whole range of discussions, it should be stated that it would be disservice to underestimate the quality of information one can glean from this forum. Unless someone is recommending a “better” site but that would be distasteful and violate the protocol of civilized forum hosting, it would be preferable to remind ourselves the basic computer rule - garbage in, garbage out. If not happy with current status, do something to improve it. Raising awareness is a standard conference call solution to any issue---all it is is a cheap talk. For those who want to know or bring forth their academic and intellectual concerns regarding the creation of the book, Bro Chris Hodapp, PM has a website. Anyone with Internet savvy can find his “Freemasonry for Dummies.” Since Bro. Chris is also the editor in chief of the journal of The Masonic Society, I will not even think to speak for him as he is obviously more than capable of discussing the questions the Brother raised.

Obfuscation is not the same as confusion. Loving and intolerance does not share the same plain. Using legal excuse “not to allow to tolerate” while professing “love” can be hypothesized in three ways. One, misunderstanding the meanings therefore, confused. Two, knows the meanings but trying to be politically correct therefore, obfuscating and three, have some idea as what the topic is about therefore, should consider reading Freemasonry for Dummies.

Let us be “realistic” here and be “direct and to the point.” The “I love you” phrase is really misused and abused in the context of this discussion. The phrase is usually or traditionally reserved for those who are willing to go all the way to marriage; hence, we all know the way it is being used is really a hyperbole-- an exaggeration not to be taken seriously. Reality check probably would not make any difference to some contemporary man but would make traditional person squeamish using the phrase to same gender. The same way, “hero” is being applied nowadays. A person who is being paid to do his job is not. A fireman who went out to put out a fire is a fireman, a cop who rescued a kitten stuck up on a tree is a nice person, a soldier who was ordered to cover the retreat of this unit and was killed was a soldier Killed In Action (KIA) no more, no less, a passing-by individual who rescued a person in a burning car/house is a hero. In the interest of adult and honest discussion, let us spare these politically correct BS and deal each one on the level without pretense instead of playing “what you profess to be.”