RmOlano
09Aug09
The problems with (our the) inactivity of our membership have more to do with what we do with our members after they are raised, not with how their degrees were conferred. --- PM 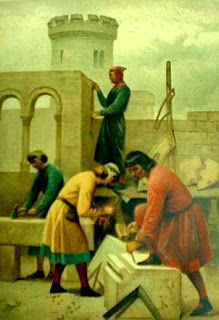 The statement gave me a pause, as at an impulse I would like to agree. Taking a Brother experience, there are Lodges who are sometimes little "aggressive" in filling up their empty officers line with "new blood" that sometimes backfired i.e. scared off the new guy once he found out the amount of work ahead. However, we can also agree that some "fresh meat" would accept the challenge. They would be honored for the consideration for an office, as that was a testament to confidence and hope. And indeed, there are some newly minted members whose conviction to the Fraternity is not yet fully developed would get "intimidated," may resent the pressure and disappear. There are those who see beyond the notion of good old boy system, knew what they are searching for therefore, disregarded the background noise and continue to seek the furtherance of his light. With or without office and title.

Although we can say that, the Fraternity is not about baby-sitting new members i.e., finding something for them to do, as there are so many things for them to do, the statement from WB from VA rings so true. However, instead of saying "we" I am looking more to the side of those who brought them in the first place. The way the "recruitment" work, is that someone sponsor and along X number of Brothers recommend a "well qualified" candidate. The signatures on a petition paper are not just dried ink on a parchment to satisfy a legal requirement. Those signed names are testament that some trusted Brothers gave their word that the petitioner has the potential of being someone worthy of being accepted into the Fraternity and be called--- a Brother. The question now is what happened to these sponsors who are suppose to nurture and teach the ropes to these new guys? This really a rhetorical question as we all know in today's quest for more members, the signatures on petition papers often times are just for formality. Many times the candidate did not even know who the signers are. So we are back to the chicken and the egg scenario. Signers do not feel the "ownership" of the nurturing of the new guy who don't know whom he could turn to for "up close and personal" guidance relative to Masonic issues. Most of the time these duty and responsibility falls into the lap of Master of the Lodge as if he does not have anything else to do. Granted there is a lesson about the EA proximity to the East but just like any other lessons in our Craft, those are not to be taken literally.

I agree in part with our WB in that there are more tasks to be done after each degree and I take the other view relative to how Masonic Degrees were conferred. Those with weak resolved could be weeded out or allowed not to continue after each degree. Only those willing to go through certain prescribed process should be permitted and partake the group journey like those "who have gone that way before." To reiterate my opinion in regards to one-day class;
"There are those who opposed this idea for its unfairness to those who will miss the very essence of the initiatory process. There are many small and invisible but valuable nuances that make up an experience, sitting on the chair and watching someone stumble on might be funny at a time but that is not what the Degree work is about." One Day Class.
Do not grade our Craft by action or inaction of individual Lodges or members, as they might not share Albert Pike vision of Freemasonry in 1888, "a system of morality veiled in allegories and illustrated by symbols." A light from same source passing through a prism would result in multitude of colors. If our Craft is a prism, who can say that someone is incorrectly or seeing less colors compare from someone else. Is it possible to see same light, same result, and same intensity from different perspectives? Who can truly see the darkness of my soul? Many Brethren doesn't even think of the quest hence, I congratulate those who found their question and bade good tidings in their personal search for that was lost. It would be pleasure to correlate what discoveries you have made----maybe sometime in the future.