In 1908's book Lexicon of Freemasonry by Brother Albert Mackey, part of his definition of demit is the phrase "once a Mason and always a Mason" because unless expelled by his Lodge and the sentence was confirmed by the Grand Lodge, any Mason is still subjected to "his masonic obligations" nor be excused to "moral conduct" expected to a member of the Order. Brother Mackey also wrote that expulsion is the equivalent of Masonic death penalty and only with those guilty of gross immoral conduct by a properly conducted trial will be receive this sentence. The concept is to have individual Lodges hands out the expulsion after a fair trial of an alleged grossly immoral conduct and only be carried out with concurrence of the Grand Lodge. The recent Grand Lodge of the Philippines' expulsion was the other way around. The Grand Lodge declaration of expulsion without trial was not because of grossly immoral conduct but due to individual Mason’s choice to go along with their Lodge’s decision to form their own Grand Lodge. 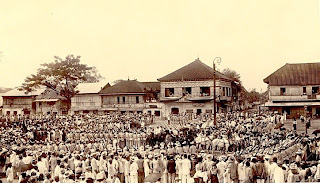 Which brings us back to the topic of discussion. Why only one Grand Lodge can exist in the Phil. Why not? Removing the prejudicial thinking of the motive, be it may imagine or reality, Freemasonry spread around the world not because a Grand Lodge “authorized” the creation of another Grand Lodge but because three or more Lodges banded together and formed their own. Neither Modern nor Ancient Grand Lodges of England authorizes the creation of Grand Lodge of New York or Pennsylvania or California to form Nevada. Individual Lodges warranted by either Grand Lodge of England formed their own Grand Lodge due to their own reasons. Even Spain at one time had two Grand Lodges until both sides settled their differences and merged into one. Needless to say the result of union of Ancients and Modern to become United Grand Lodge of England. If we look back to the history of Grand Lodge of Japan, GLP’s reaction was not something we could be proud of. Now how about if the three Lodges in Guam decided to form the Grand Lodge of Micronesia or Guam, would GLP declare our Brethren from Guam clandestine too? Or should GLP be a proud parent of a new born GL and instead of putting roadblocks, GLP could be an example of how a good and caring parent would act watching his offspring takes it's baby step toward maturity?
The GLP Constitution is supposed to have a provision for regional Grand Lodges. The idea was created for more efficient governance of the Fraternity. It does not take a rocket scientist to figure out the logistical problem involve in running the administrative matters in the whole archipelago. The VW Manuel Carranza noted the perennial attendance problem which plagued during ANCOM. Transportation and accommodations for many delegates plays a major role on not only quantity but also quality of representatives which determine the end product of this important event.
So why not?
...
Posted by RmOlano at 04:21