by Rudy Olano
19Feb05
"Being in the condition of darkness, what do you most desire?" A question that doesn’t need prompting. 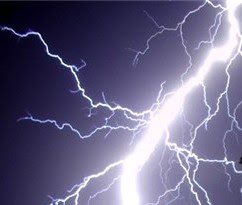 In the book The Hiram Key, the authors (Knight and Lomas) discussed a religious group although somewhat declining due to persecution were still existing in Southern Iraq. Known as Mandeans, they traced their religious belief to “Yahia Yuhana, better known to Christians, as John the Baptist!” Their religious leader or priest is called “Nasorian.” Also the believers did not like one of their priests named Yshu Mshiba who they thought to “a rebel and heretic who betrayed their secret doctrines” and was eventually crucified by the Romans. The Mandeans believed that there is life after death and “good souls” goes back to the where the light originates. A place commonly and symbolically illustrated by the morning star, known to Romans as Venus. The book Holy Blood Holy Grail, Michael Baigent detailed the Mandeans practices and beliefs especially their viewpoint about the Light itself.

Lucifer comes from the Latin word lucem ferre, meaning “bringer, or bearer of light,” according to the book, A Pilgrim’s Path by John J. Robinson. He wrote Lucifer in Roman's astronomy was another name of the morning star which appears in the sky before dawn. In his last book as a non-Mason, Robinson explained the transformation of the term “morning star” to “Prince of Darkness.” From a Babylonian king who persecuted the Israelites to his morphing into the Devil himself.

When someone asked to shed some light in a particular issue, we naturally assumed that someone is in need to understand something. There is no divine element in that statement. To provide a “light” is to give knowledge. Being in the condition of darkness, a seeker doesn’t need to be prompted. A true seeker knows what he is looking for. He is initially in search of a Light and later on, for something that which was lost. When we ask a candidate of his desires being in his present condition, prompting should not be allowed. We should let the candidate to think and honestly state what in his mind. The parroting of and response “Light” could mean different forms. It could be as simple as “whatever” because that is the right answer according to the prompter, a thing which is the synonym of darkness, an understanding of unfamiliar situation or it could be a real human plea for Divine Intervention. We should let the candidate contemplate of the question and allow him to seek within his heart of what he most desire.

… Light will illuminate “the pathway of human life through the rough and rugged road beset with temptations, trials and hardship all terminating at last in the grave, the end of earthly ambitions."