Searching for Morals and Dogma 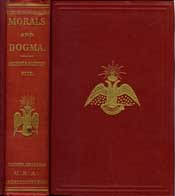 A Brother sometime ago requested an assistance in finding copy of the original documents, which serve as the basis for Albert Pike’s opus Morals and Dogma. It stands to reasons that Pike consulted various references in his book. The catch was that this book was published in 1871 therefore, any references before that time will be a challenge to find. Books such as Clausen's Commentary on Morals and Dogma and the relatively new book, Bridge to Light by Hutchens, which “replaced” Morals and Dogma as a gift to new Scottish Rite Masons, can be valuable sources for understanding Pike’s work. Albert Mackey who introduced Pike to Scottish Rite recognized the diversity of various Scottish Rite degree works. Reportedly, he encouraged Pike to write a standard ritual for the A&ASR. Morals and Dogma came about, the point is that half of Pike work was compilation of other works which the preface of the book declared, “In preparing this work, the Grand Commander has been about equally Author and Complier; since he has extracted quite half its contents from the works of the best writers and philosophic or eloquent thinkers. Perhaps it would have been better and more acceptable if he had extracted more and written less."

Our brother quest to find for materials used in writing the Morals and Dogma is approximating to probing for the references used in writing the Holy Bible. It is important to note that I am not comparing the content of those books/volumes but rather using the analogy of questioning the source of the information. Some people accept them as it is/was, other people often called as freethinkers ask questions such as that. If I may be allowed to say a word regarding freethinking, the first thing to remember is be careful of what you learned for often times, you will find something that might cause you sleepless nights. 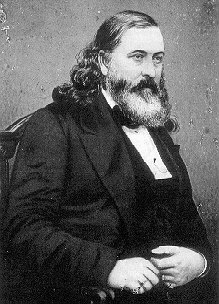 The familiar definition of Freemasonry coined by the author of Morals and Dogma in 1888 was that “… it is a system of morality veiled in allegories and illustrated by symbols.” Another way of interpretation can be offered as a way of life through adoption of collection of thoughts on how to live in a righteous conduct rather than laws or custom without attracting undue attention though the use of partly concealed or decorated representation of actions or models codified by symbols or signs. A lesson we can learn from the study the Craft is to see beyond corporeal presentation, to view the symbols for the message it meant to convey and its impact to our consciousness. The transformation from Operative to Speculative Masonry changes many literal meaning of the words and symbols used in the Craft’s rituals. Though today’s Freemasons do not physically utilize the trowel for building temples, we are instructed its use for more noble and glorious purpose. In our contemporary times, no one is expected to actually carry out the penalty of violating the Masonic Obligations, as this oath is also a symbol of its own accord. This Masonic Degrees requirement for advancement is more than a vow but also a lesson in Freemasonry, which briefly be boiled down to a tenet of an honest man honor his word. A major lesson one could learn from Master Mason Degree is about embarking into a journey of discovery. The ritual presented a tragic event through veiled drama and at the end, all Master Masons leaned of the Substitute Word and left to wonder what is the real Word.

On the positive note, this writer was glad as the line of question indicates that our Brother is well on his way in his Masonic journey. He chooses to study Pike’s Morals and Dogma as his quest--- as his Lost Word. By not accepting what was written and asking the sources of the script, our brother displayed something beyond customary and contemporary Masonic attribute. He understands that something important was lost and what he possessed is the substitute. It appears that our brother is searching for not what the book contains but a more important question of how it was created. Very advance state of thinking---looking for the root of knowledge, seeking out the Truth. 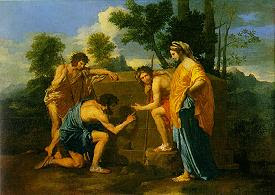 In our modern day world, many of our Brothers never went beyond realizing that something important was lost therefore, seems uncaring to the next phase of journey---searching for something, which was lost. It is ironic that the very notion itself appeared to be lost as Brethren often focused and interpreted correctly that the Hiram Legend was about keeping steadfast in ones principle in face of death. But there are more to it; the Tragedy in the Temple is only a part of the Mysteries/Lessons in Freemasonry. Taken the totality of the complete ancient rituals, we are being taught to accept that we lost something valuable, to search for what was lost and finally to preserve it when we found the object of the search. It is the path of our Masonic travel. With careful and diligent effort, we might find the Truth before the last grain of sand runs out in the hourglass.
It could be said that there are those courageous type who ventured out to peek what is beyond the veiled allegories. There are those who study and understand what illustrations meant nevertheless not afraid to question things that do not fit into the mold. Moreover, there are people who practice a system of morality bears the burden of facing the consequence of swimming against the tide, of feeling the pain of Simon of Cyrene and being haunted by what discoveries he had made. Such is the path of man’s life experience, our Masonic journey, and our individual quest for the Ultimate Truth.
...
Posted by RmOlano at 18:16

Another great posting Brother. I myself is a big fan of Morals & Dogma, not necesarilly of Bro Albert Pike.

If I may comment further: I believe that one of the most important aspects of the search is the finding and the application to one's life the teachings one found.

It is not enough that we found the "lost word", but more importantly; that when we found "it" or "them"; we praticed the same in our everyday lives.

As to the Masonic penalty,here in Oz they revised their rituals to say "the symbolic penalty/ies" associated with...

Also I found that instead of "widows and orphans", they have expanded the obligation to "the nearest and dearest"; which to me covers everybody irrespective of sex.