A Question Of Origin Of Freemasonry

The following was originally posted in The Grand York Rite of California website Forum as a response to an inquiry from Romania regarding the origin of the Craft.

We are all in debt to Companion Manny Tau, the webmaster of the Grand Chapter of Royal Arch Masons of California for providing us with this forum. Without his work and dedication, the chances of us "meeting" in other Masonic on-line sites might be somewhat slim. I would like also to Thank You for the nice words of encouragement and your questions which provoke our thoughts and imaginations. Lastly, allow me to acknowledge a truly respectable or in our vernacular, a Worshipful Master who dropped his working tools last month. A real Master Mason in every sense of word, who took time to listened, guided, and admonished this brother who was on the verge of dropping off from the Craft.

There are conflicting schools of thoughts on the origin of Freemasonry. Books written about the subject can filled up a decent sized library. The very recent addition is titled The Shadow of Solomon by Scottish Brother Laurence Gardner. Also written originally in French language and published in France by Paul Naudon, The Secret History of Freemasonry is another scholarly work in the same line of thought with Born in Blood by an American author and later on a Brother, John J. Robinson.
I am certain that you have already read the piece I titled Veiled in Allegories and Symbols. I was fortunate to be permitted to read that article in Knights Templar asylum in Hanford Commandery. To be fair I would like to point out that I completed the 32nd Degree of A&ASR in 1983 therefore, my personal opinion regarding the origin of Freemasonry is not biased in favor of the York Rite. I believe that the Freemasonry as we know now, evolved from a group who discovered or in possession of something valuable. Whatever "it" was caused their persecution by a jealous King and a weak Pope. Rather than renouncing their beliefs and vows, the group morphed itself and developed secret modes of recognition to protect themselves and their ideals. 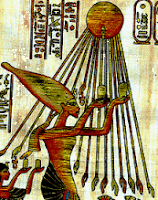 Would it be surprising that the once "secret knowledge" are now common knowledge taught in schools? There was a time when only select individuals can possess the formula of hypotenuse. Can we really believe that Egyptian slaves and/or volunteers manhandled those rocks during the building of pyramids? Would it surprise you if you know that Benjamin Franklin, Robert Boyle, Isaac Newton, and Leonardo da Vinci are exposed to or have something in common? Why would the historians played down the role of "heretics" or non-Church conformists during the wonderful time in human history known as Renaissance, "Age of Enlightenment?" Why a land somewhere west was named America instead of Vespucia? Why historians continue to marginalize the role of the Freemasons during the creation of United States?
I can not produce concrete evidences to support my "feeling" and as a simple man just like you, I have full of questions too. And again, just like you, I can only open my eyes and believe what I will accept in my heart.