“Any esoteric meanings to be found in our symbols and allegory, if indeed there are any at all, .... But I do believe the pinnacle or sum of Masonic knowledge is truly hidden in plain sight.” –Brother MattR. 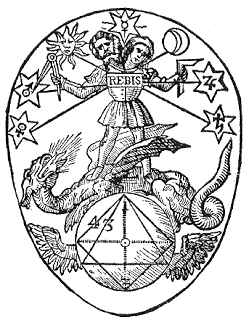 In 1888, Brother Albert Pike wrote, “[Freemasonry] is a system of morality, veiled in allegories and illustrated by symbols.” I also concurred with the statement that Freemasonry is universal and that there are small group who correlate mysticism and religion with the Craft. Along with those who believed the social aspect of the Fraternity, Freemasonry is like definition of beauty--- what it is can be best defined through the eyes of beholder.
It is true that Freemasonry will be interpreted in many ways and probably the same number of reasons why individuals are drawn into the Fraternity. What is revealing are the instances when “higher ranking” Masons start to believed that they already “knew” what is there to learn and sort of pompously would declare issues as “end of the discussion---period.” This kind of display of pseudo-intellectual Masonic superiority shows how lofty titles and elitist affiliation can get into someone’s head. Even in our Fraternity there are those who still craved for power, recognition, and significance of vanity, of self-importance---rough ashlars pretending to be polished stones. Sad story of men masquerading as illuminated spirits. The legends in their own mind.

If a certain culture believed that eagles are reincarnation of their ancestors, who I am to judge that such notion is a foolish assumption? If a group of free spirits believed that their soul are destined to return to a place where the Light originates, what makes unbelievers assume such notion is preposterous? If some Brothers thought that they could find meaning of their life through the study of Freemasonry, who are we to judge that is a silly thought? If we can tolerate multitude of versions of Holy Writings on the altar, then I believe that we can tolerate Brother’s thought as long as he would tolerate ours. Often times, rejection or cause of the trouble in the temple is caused by fear of the unknown. Now, if the Brethren would enlighten us about the relationship of mysticism with our Craft maybe we could have better understanding of this issue hence, dispel the threat of the “unknown.”

Without objection, the topic started as scholarly inquiry regarding personal interpretation of mysticism and Freemasonry that drew responses related to spirituality. To discuss an issue where the point of the circle is not man but of a concept of Deity which in our case is the GAOTU, one cannot disregard the notion of what is religion. Mysticism, spirituality, religion, and belief in existence of Grand Lodge above are intertwined elements of the subject in which we are asked by a newly obligated Brother to think about.

Students of the Craft should not take lightly the symbols, words and actions within the rituals of the Craft. There are meanings and messages behind them. It is not a matter of “if there are any at all” but of discovering what they are and understanding what it conveys. Whether to keep or share even a single discovery is up to the traveler. The choice is either to be altruistic or be egocentric. A true Adept cannot be both.

“Veiled in allegories and illustrated by symbols. There are lessons in our Craft that are NOT to be taken literally. The hourglass is not about time keeping instrument equivalent to modern watch but it represents human life. The scythe is supposed to be the symbol of time yet the lecture was about death. This why studying lectures, symbols and allegories in our Craft are fascinating. In delving into the lessons of the Craft the number one lesson is not to take anything on its face value. There are meaning(s) behind the symbols, letters, figures and characters--- representations of a message.” Secrets of the Craft

Brother Albert Mackey’s Twenty Five Ancient Landmarks are not universally adopted. Some Grand Lodges adopted all and some only a portion thereof therefore, the applicability of Landmarks as a reference point for discussion applies only to members of the same Grand Lodges. Having said that let me direct the Brother’s attention that Brother Albert Pike wrote his opinions against number of the Mackey’s Landmark. Brother Pike completely disagreed with Brother Mackey’s Number 24. The response gave way to the often quoted meaning of Freemasonry.

“There is neither science nor art in Freemasonry. Its true definition is that it is a system of morality, veiled in allegory and illustrated by symbols. It does not pursue scientific studies nor practice the arts.”
This quote was originally printed in the proceedings of the Masonic Veteran Association and copied by T.S. Parvin in his Correspondence Report of 1888. Shepherd, S.H. (1924). The Landmarks of Freemasonry Book 1, Little Masonic Library Book 1. Kingsport, TN: Southern Publishers. P. 59. 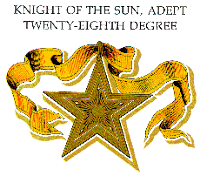 My abstraction is that there are questions to be asked and answers to be search. Finding of that which was lost can be a group journey but ultimately it will be an individual destination. Asking directions when weary and worn out during the travel over the rough and rugged road is acceptance of ones mortality. This is a positive sign of understanding of mysticism, and advancement toward illumination. Some mystics identify the transformation as a five-step process—the first stage is awakening. Freemasonry calls it---Entered Apprentice. Those who truly grasp the significance, message and meaning of the hourglass could be on their way to the purgation. Only those illuminated Adepts can “see the dark night of the soul.” It would be impertinent for me to comment on the final stage so I would leave that your own discovery.

There was a time when knowing one’s identity by name constitute a victory. Defeated knight are required by decorum to reveal his name to the victor. No honor would be tarnished if he lost to a better known knight but it is humiliation if it’s the other way around. In the Old Testament account mentioned the audacity of a man known as Moses to ask God’s name. Thunder and lightning was the response along with “I am what I am.” Giving out name constitute a defeat, surrender or lately, bestowing trust.

Relative to the current issue, the writer is not in a position to inquire whether what the Brother claimed to know is true or truth. Suffice to say that truth is not necessarily true since truth is anything we want to believe. Nevertheless, allow us to share the Brother’s profound victory. Even he is unable to speak and share with us---knowing the Name of his God is an illumination often found within a mystic circle.

"As we three did agree in peace, love and unity..." Royal Arch Degree taught us that Syrians, Chaldeans and Hebrews have their own ineffable names, it is not surprisimg if the Brother's discovery is not much different from ours.

I thank the Brethren for opportunity to exchange ideas regarding our Craft. This kind of freedom of expression is an example of how we can all see Further Light. I hope its continuance and invite all to answer the inquiry --- What discoveries have you made?

*** from previous emails, compiled and edited after Snowstorm Brooke 26Dec08 @ CT.
Posted by RmOlano at 06:15