Of That Which Was Lost


"Of all the symbolism of Speculative Masonry, that of the True Word is the most philosophic and sublime. Mason's labor is the search for the Word, the search after the Divine Truth. This and this is only is Masons's work, and the word is the Mason's reward." 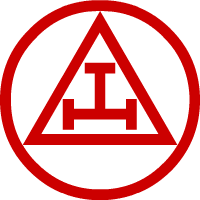 One of the often-misinterpreted meanings of the drama of the Third Degree is the belief that it represented the concept of immortality. One has to remember that at the end of the tragedy the main character was given a decent burial the third time around. Nothing was stated or even implied that he came back from death. The acacia tree was given to us as a reminder of the “spirit or soul of man who will leave when time shall be no more.” The acacia represents the immortality. Although the story evolved around the main character and events surrounding the unfortunate event, the main lesson was not really about the “truly exalted and exemplary character, his unfeigned piety to God and his inflexible fidelity to his trust…” of the celebrated Artist. The central issue was not even mentioned in the drama. One has to take note of what was recovered was the replacement of the Lost Word. An elaborate ritual was developed and illustrated for substitute of the Lost Master’s Word until the future ages may discover the right one. In a contemplating the finale, we are inspired to ask the question of what was the True Word and thereby, inducing the rational thinking mind to Search for that Which Was Lost.

The Grand Master had the premonition of the future in his conversation with Adoniram in Sanctum Santorum shortly before the tragedy. He explained it to the Fellow Craft that "death is a preordained event for young and old alike, that regardless of time it terminates the labor of man, and it is through the death’s gates that man will find the entrance of the higher Lodge." The Grand Master knew that he might not live to see the Temple completed but knew exactly where he will leave the Word.

Symbolically speaking, the Word is open for everyone to discover and to embrace. Most creatures already know "it" but just don’t realize or acknowledge its presence. Every seekers of the Truth or Word is invited to its discovery, there is neither elitist requirements nor special privileges needed. As a mortal being, one has to recognize the imperfection of oneself and of losing something greater than what we have. Seeking the Truth could be a lifetime undertaking with Eternal reward. Similar to the illustration of the old man stroking the ringlets of the virgin’s hair in front of the broken column--time, patience, and perseverance will accomplish all things.

Human beings in every culture possessed an unexplained urge to find something mystical, be it may a Holy Grail or Fountain of Life. Men lost their lives searching for tangible or intangible things that aroused their curiosity. Majority of our Brethren sadly to say stopped searching, most were satisfied to know the Substitute of the Lost Word. When we ceased asking questions, was it because we already know what needs to know or we already found peace within ourselves?

*** This article was delivered on 25th April, 2009 during regular meeting of Solomon Lodge of Research No. 5986, Saskatchewan Canada.  My profound appreciation to Brother Heath Armbruster, Editorial Chair for Research  for his consideration.