“... you may be right that the resolution was passed by the marority of the brethren, but the grand lodge of the philippines did not acknowledge the resolution and find the action not legal. i believe that due process has been given to them.” --- a Brother wrote
When a duly constituted Lodge conducts its business such as passing resolutions by a majority vote unless there is a specific law that prohibits the Lodge from declaring independence from its Grand Lodge, what is the ground of finding this “action not legal?” Since when it became legal for Grand Lodge to overrule local decisions that they (Grand Lodge) did not like. From what authority did this obviously pompous display of arrogance did derived its legitimacy.

While we can cite the Article XII of Anderson’s Constitutions of 1723, which states, “The Grand Lodge consists of, and form’d by the Masters and Wardens of all the regular particular Lodges upon the Record…” where in the GLP’s Constitution states that no Lodge will be permitted to annul its covenant with Grand Lodge? Is there provision in current GLP’s Constitutions that can be referenced to back up our Brother's statement which, he “believe(d) that due process has been given to them.”

Individual Masons belongs to a Lodge first and foremost hence, any disciplinary action to be taken should come from the Lodge first not Grand Lodge. The expulsion of a number of individual Masons by the Grand Master and superseding the Lodge Master’s authority to his Lodge which he is called to preside, is not only anomalous but a clear cut overstepping the power invested to GM office. This would be another position but because ANCOM approved the Grand Master’s action, this point is now irrelevant. Which bring us to another point--- that under the jurisdiction of The Most Worshipful Grand Lodge of the Philippines, individual Masons can be expelled for any reason without Masonic trial or appeal and subject to the whim of the Grand Master.

It is a matter of record that UGLE established Lodges in Cyprus since late 18th century. When the Grand Lodge of Cyprus was consecrated under the sponsorship of three Grand Lodges, the new Grand Lodge declared "exclusive territorial jurisdiction" of all Masonic Lodges on the island. UGLE cried foul and rejected the "exclusive territorial jurisdiction" assertion but that does not stop the CGMNA from proclaiming the new Grand Lodge as "regular" and "recognized." (2007 CIR Report) So, here is another example of a situation where Lodges remained loyal to its Mother Grand Lodge, notwithstanding its geographical location. Now we have another example of Lodges following the established standard stated in the Constitution of the "Mother Grand Lodge of the World"—UGLE and even the CIR admitted that the reasons might have validity, but the group was not "recognized" because of the "exclusive territorial jurisdiction" rule---that's what I call anomalous decision. Standard of Recognition. 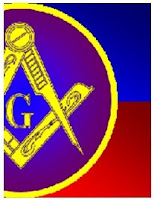 We are in agreement that “jurisdiction” means a power, influence or control over Masonic bodies specifically, member Lodges. It is true that the physical location of such Lodges is irrelevant. One example is the case of Lodge Perla de Oriente No. 1034 in Manila, which is still under the jurisdiction of Grand Lodge of Scotland. Another example is the existence of Masonic Lodges under the control of Gran Logia National de Filipinas such as Magdalo Lodge No. 79. These Spanish-speaking Lodges obviously are not under the “jurisdiction” of English-speaking American sponsored Grand Lodge of the Philippines however, we could wrap ourselves around the axle so to speak if we are to argue about their “regularity.” The point is that it is preposterous to declare a group of regularly constituted Lodges to become “not regular” just because they elected among themselves, of their own freewill and accord to walk away from GLP due to reasons they publicly proclaimed. The breakaway Lodges is not under the jurisdiction of GLP therefore, any declarations or edicts to them are worthless and comical. To claim the real estate/physical properties of such Lodges as Grand Lodge assets is mind-boggling and borders to imperial covetousness. Deja vu --Grand Lodge of Japan.

During the formation of Grand Lodge of Japan, according to its webpage, although invited to join, the Rising Sun Lodge No. 151 choose to remain with Grand Lodge of the Philippines and continue to do so to this day. The McArthur Lodge No. 183 in Seoul, Republic of Korea, Emon Lodge No. 179 in Saipan, and three in Lodges in Guam under the jurisdiction/supervision of GLP are some local examples of the contention of the validity of so-called "exclusive territorial jurisdiction" concept. This is one of the basic requirements for "recognition" by Conference of Grand Masters of Masons in North America (CGMNA). The notion that only one Grand Lodge can exist in one state or country, unless agreed upon by both Grand Lodges is a modern invention, which obviously shows political stimulus of those who concocted this rule. Nowhere in Ancient Landmarks mentioned nor in Anderson's Constitution of 1723, was it cited.

In defense of Perlas Oriente Lodge in Manila, I would not use the word “anomalies” as the chosen word has a negative connotation. Before the creation of GLP, Perlas de Oriente Lodge decided to remain with Grand Lodge of Scotland, that is within the Lodge right --- their preference. There is/was not an iota of anomaly in casting vote and carrying out its desire whether or not to remain loyal to its Mother Grand Lodge. What is erroneous is to imply that no Lodges in the Philippines have an option but to be “owned” by GLP. But then again, only matured Mason will be able to see through the veiled allegories, illustrated symbols and infer that Freemasonry is about personal morality not exclusive territorial jurisdiction or About Them. My point is that Perlas Oriente Lodge Lodge situation is neither unique nor deviation from common rule (Webster Dictionary) as there is no such rule to deviate from. I do not concur that we have a case of "not being in normal situation."

With certain confidence and backed up with references, it is a fact that multiple regular and recognized Grand Lodges does exists in many countries e.g. Australia, Canada, Germany, and before I forget in the United States. What is the basis of the statement that, “only one Grand Lodge will be recognized in any jurisdiction” or the so-called “exclusive territorial jurisdiction concept?

Even within each State in U.S., despite of some holdouts, many regular Grand Lodges are now recognizing the regularity of Prince Hall Grand Lodges and the Masonic Lodges under the its jurisdiction. Racial prejudice or bigotry is not an excuse for long overdue recognition of the fact---that Prince Hall Grand Lodges do exist and now being recognized by majority of Grand Lodges in U.S. within their own State or jurisdiction. The statement relative to bigotry was not meant nor intended to imply a personal conviction to such scandalous behavior as it was directed to about 10 Grand Lodges in U.S. that still wont extend their right hand to persons who doesn’t looked like them. So what we can we deduced to people of same color who also exclude their own kind? double bigot? If I may make it clear that my statement is about pointing out that regular Grand Lodges in United States acknowledged the regularity and accepted the co-existence of ANOTHER Grand Lodge in their own state. Again, this fact debunked the statement that only one Grand Lodge within a jurisdiction or state can be “recognized.” Not to beat a very dead horse, let us not discuss the fact that there are 50 Grand Lodges in a country known as United States.

As a part of last year’s (2007) version of Constitutions of United Grand Lodge of England (UGLE), nowhere in the eight (8) Basic Principles for Grand Lodge Recognition mentioned this limitation. If I may be allowed to quote the first principle, that is “Regularity of origin; i.e. each Grand Lodge shall have been established lawfully by a duly recognized Grand Lodge or by three or more regularly constituted Lodges.” The No. 5 principle is about authority over the Lodges under its control or jurisdiction and not about geographical or political boundaries.

So we are back to the same question, is there a provision in GLP’s current Constitution that prohibits member Lodges to separate, abrogate, divorce or withdraw from membership to Grand Lodge? The question does not require a Grand Historian nor Grand Secretary’s response. Anybody with access to GLP Constitution could answer such simple question. The silence indicates to me that (a) GLP’s Constitution is secret hence, difficult to access (b) nobody want to even bother to see what is in the GLP’s Constitution (d) the answer is simply “none.”

I respectfully disagree with the notion of my way or highway approach to this issue. There are always other ways or alternatives that is ---if we let Reasons be allowed to any discussions. But like anything else, we can only beat the dead horse so many times hence, we can let it go. Live and Let Live--- until next time when some enlightened soul would be audacious enough to display his wisdom and only to find out that Northeast corner is not a bad place to be.

It is known fact throughout this area of discipline that it is extremely hard to win litigation from violation of its own rule. The most common way to “win” this kind of argument is to stall to buy time and hope that intellectually challenged parties will get tired of discussing the issue. The other way is to buy the other side by any means and/or thru a truly tried and true method---divide and conquer tactic. Either way it is a sleazy way of doing business, very unMasonic and only those with interior motives would agree to participate with such antics. This is NOT Freemasonry. It is not about legal issues or even customs.

Freemasonry is about living in a moral or righteous way instead of within established law or customs. To those who think they found the secret of Freemasonry could take a hard look of what they have for our Craft taught us to see beyond what is obvious and understand what allegories, symbols and illustrations really meant. More often than not, literal words meant something else, colors, shape and stories might not be what they are but possibly a series of invitation to what human could be--- a way to Nirvana, to Holy Grail or simply ---enlightenment of one’s thought.

*** the above article is a composite from a series of exchanges of opinions and thoughts with Brothers of the Craft in West to East Yahoogroup moderated by VW Ben Apacible of Araw Lodge No. 18, Manila, Phil.