When a Mason a Real Man 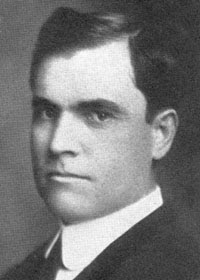 The Reverend Brother Joseph Fort Newton wrote a poem, When a Man a Mason. A lovely poem indeed, full of aspiration and heavenly reflection, but to a pragmatist --- it is a dream. To find someone who might fit into his definition is still a possibility within our lifetime. One thing that a searcher need to consider is that majority of men are still mortals trying to keep their lambskin apron spotless. What makes a man a Mason? Does the standard answer we memorized for proficiency examination is true or is it the moment when we signed a piece of paper offered by the Secretary after being asked to do so by the Master? What is the correct answer for a simple question of what makes a man a Mason? Is a philosophical response “my Obligation,” or after he signed the bylaws "as all brothers and fellows have" done before are the answers? What makes a man a Mason, his obligation or his dues card? Is it his actions or legal standing in his Grand Lodge? A man who does not practice Tenets of Freemasonry but carries an updated dues card in his wallet is legally a Mason. A man who practices the Tenets of Freemasonry but does not fulfill his responsibilities to his Lodge is not legally a Mason. A man who is not member of the Fraternity but practice the Tenets of our Fraternity is not a Mason either. He is simply--- a good man.
If we can truly satisfy the answer to the preceding inquiry then maybe we could apply the same rule as to when a man being "unmade" as a Mason. According to some brothers from Canada and UK, in their respective Grand Lodges, a Mason can sign a paper stating that he is no longer a Mason. Their interpretation of demit is different from what Brother Albert Mackey's definition. Having a law that requires members to declare or register if they are a Mason or not, the apparent practice has a strong legal overtone. I tend to believe that a brother who refused, recanted, and ignored to carry out his Obligations ceased to be a Mason, signing a paper to just a matter of legal proceeding which lead us into the next question---when a Mason became clandestine Mason?

Clandestine according to Brother Mackey, means not legal such as group of Masons meeting in a Lodge without permission or authority from a Grand Lodge. The term also applies to a Lodge which continues to meet after their charter has been suspended, arrested or revoked by issuing Grand Lodge. By definition they are still Masons who for some reasons or another, were not recognized as such by declaring Grand Lodge therefore, illegal. In his book, Lexicon of Freemasonry, he wrote that in our Fraternity we follow an axiom, once a Mason, always a Mason. This is why in United States, we use the term, ”demit” not resign. A brother can be excused from his duties from the Order but still be subjected to the moral standards of the Craft. Demit does not cancel his Obligations nor be exempt from Summons from the Master of the Lodge. No one can be “unmade” a Mason unless expelled by his Lodge and the confirmed by the Grand Lodge.

Expulsion was defined and discussed in Lexicon of Freemasonry by Brother Mackey as “the highest Masonic penalty that can be imposed by a lodge, upon any delinquent members.” This action divests a member of all rights and privileges and treats him as “he has never been admitted.” A Lodge can suspend but can not impose expulsion. Only Grand Lodge can but only within its jurisdiction. Every Mason is subjected to different rules and regulation of different Lodges .e.g. amount of dues, meeting day, time, etc.. whereas all of us share the same standard of our Obligations. Expulsion is the equivalent of death penalty in Masonic jurisprudence. The seriousness of the charges should rise to the level where the immoral conduct of the accused is detrimental to the good order and discipline of the Fraternity. Being guilty of immoral conduct, “should be the only offense visited with expulsion.” An individual Lodge may convene Masonic Court to try its member. If found guilty after due process, the sentence of expulsion has no force until the Grand Lodge confirmed the decision. 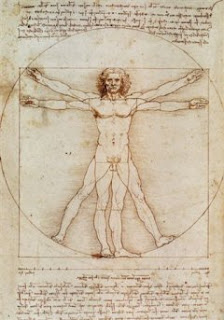 The recent developments within the jurisdiction of the Grand Lodge of the Philippines produced series of instructions from the Grand Master ordering the expulsion of members who declared independence from GLP and ordered that subordinate Lodges to severe Masonic ties from those declared to be "clandestine." While professing that "Brotherhood of Man under the Fatherhood of God" as a guiding light of the Fraternity, this action seems to be contradictory. The Craft bend over backwards to explain that universality of the fraternity applies to all and yet we are instructed to cut off our Masonic ties to those who asked questions and waited for explanation of something they don’t understand. Brother Mackey wrote in Lexicon of Freemasonry that expulsion is the equivalent of death penalty of a crime against our Craft. Does questioning authority is considered as "immoral conduct." Does declaring independence from parental protection be rewarded as a crime so heinous that brothers name were ordered be erased from the memory of our Fraternity? Where is the concept of "Brotherhood of Man under the Fatherhood of God?" Where are the Lessons that would help us build our own Temple? This is not the kind of example we could expect from the office of those who wear the purple of our Fraternity.

Knowing the token and signs does not make a man a Mason. Neither his ring, car decals, jacket, or dues card. Clandestine, legal, regular, irregular Masons in comes all shapes and forms and as member of the Craft we are somewhat familiar with the peculiarity of each. The general public seems not to care one way or another and in the big scheme of things, why should we? Freemasonry is an ideal, as the noted Masonic scholar and author Brother Albert Pike wrote in 1888, “it is a system of morality, veiled in allegories and illustrated by symbols.” On whose authority that a certain group may declare that the other is illegal, whose brilliant mind decided that a Grand Lodge decision is final and cannot be contested, and who concocted the notion that only men can practice a system of morality called, Freemasonry? I may have misspoken but I do have some questions in my thought. The Reverend Brother Joseph Fort Newton wrote a poem about what makes a man to be a Mason, this humble student is asking what makes Mason to become a real man.
...
*** Photo of Rev Bro JF Newton from Grand Lodge of British Columbia and Yukon website.
Posted by RmOlano at 08:37